Joy By The Scoop

Our favorite part of working on the Herrell’s brand was meeting and getting to know the founder, creator and overall genius behind it - Steve Herrell.  The man that revolutionized America’s ice cream industry by creating the gourmet “mix-in” ice cream category and the inspiration to Ben & Jerry’s, among many others.

In 1973, Steve founded the original Steve’s Ice Cream in Somerville, near Boston and Cambridge. Steve’s Ice Cream quickly built a loyal following and once the word got out about his amazing handmade, low overrun creamy delicious ice cream (with flavors such as Malted Vanilla and Chocolate Pudding) the lines grew around the block and then some.

Steve sold that business in 1977 and moved to Northampton. As he puts it – he couldn’t stay away from ice cream for very long and in 1980, being unable to use the name Steve’s because of the sale, he founded a new company - Herrell’s Ice Cream.

When Herrell’s called us in 2009, the brand had lost some of its original focus and energy. Everyone had gotten just a bit complacent and their passion needed to be rekindled.

We applied our proprietary strategic business and brand planning process we call our Reality Check. We interviewed key stakeholders including Steve, his employees, many loyal customers and others in the industry who overwhelmingly recalled fondly the old Steve’s brand, knew well the Herrell’s brand and the legacy that Steve himself had built.

We found a great underlying passion and pride about the brand’s quality and taste. Those who had access to the brand were extremely loyal but the problem was that the brand had become very regional and had limited distribution.

Our work with Steve, a living legend and Santa Claus - like character in his own right, led us to the exciting brand essence, “Joy by the Scoop,” which became a rallying cry for the company to rediscover their passion.

It also informed the new strategic and creative direction not only for the ice cream, but for their three lines of business:

All businesses were supported by a new integrated branding program which supported the overarching essence area "Joy by the scoop".  We developed brand identities for all three lines of business as well as sell sheets, menus, brochures and trade show booths as well as websites, mobile campaigns, signage, and a franchise website in development. 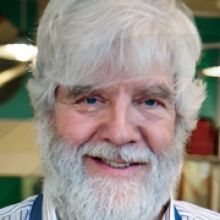 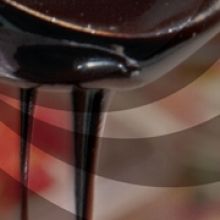 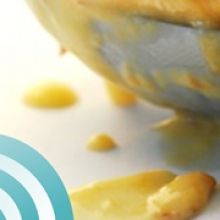 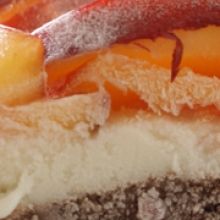